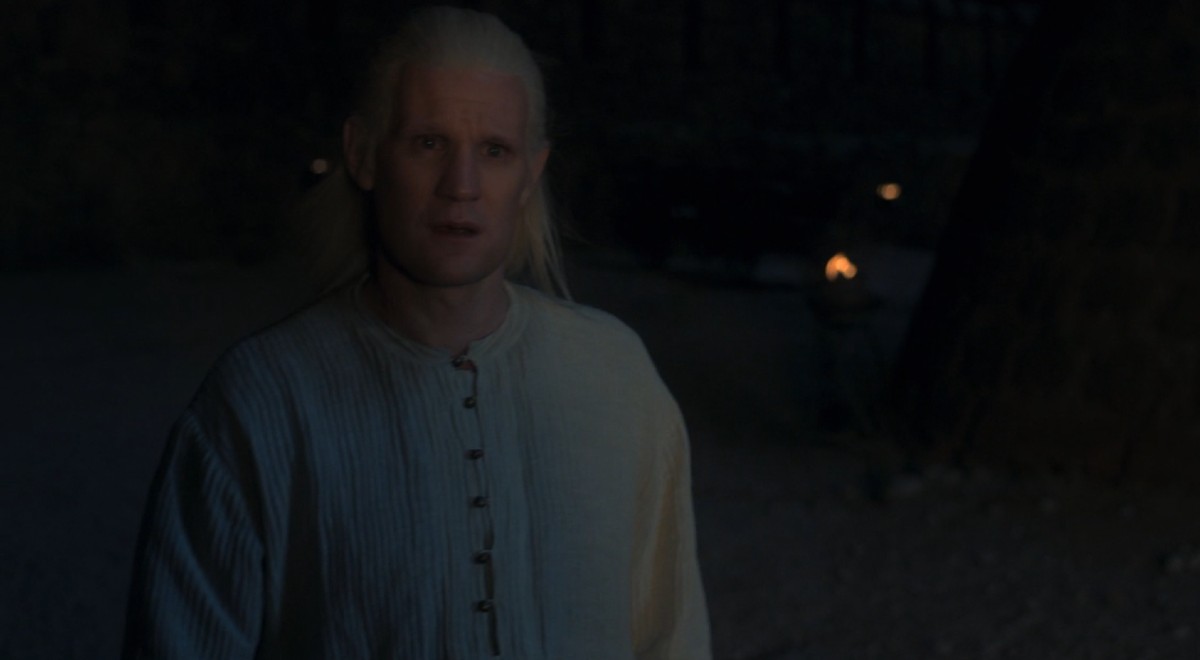 The newest episode of House of the Dragon left a lot of fans heartbroken as not one but three significant characters met their demise. What was even sadder was the fact that we didn’t get to spend enough time with these characters because of the time jumps. Laena Velaryon committed suicide by dragon fire in the episode.

She left behind her husband Daemon and two little girls, Rhaena and Baela. Daemon’s marriage to Laena was quite significant in shaping him to be a better person, at least in the book, Fire & Blood. But fans are upset that HBO chose to leave this important scene out of the final cut. The deleted scene showed Daemon hugging his daughters as they mourned the loss of Laena Velaryon. It was featured in a now-deleted tweet from HBO Espanol, with some behind-the-scenes snippets from the episode.

Cutting this touching scene out of the episode tells a very different narrative. It depicts Daemon as a cold, uncaring father when he in fact cherished his children. Even though people might think Daemon is cruel since he murdered his first wife, it was because neither of them loved the other.

Laena and Daemon’s marriage in the books was quite wholesome for the most part. That means Daemon is being displayed as too one-dimensional when that is not the case. Why would they choose to leave this out in the episode but tweet it later? Check out fans’ reactions below.

We needed this deleted scene. The weight of this moment needed this.
HOTD deleted the scene of Daemon hugging his daughters! ? @HBO @hbomax @HouseofDragon #HouseOfTheDragon #Vhagar #LaenaVelaryon pic.twitter.com/auGsEyUz5H

I was fine with daemon being unable to console his daughters but why undermine that decision by publishing an alternate deleted scene? It’d take 10 secs to show this, but they chose another route, don’t undermine that choice by trying to have it both ways after the fact online https://t.co/ldfPYVlvRE

A deleted scene of Daemon comforting his daughters… why the hell did they cut this??#HouseoftheDragon pic.twitter.com/oynTu94wD7

? stardustkylos: “a loving father’s embrace” – deleted scene of daemon with baela and rhaena  No. This is canon. Fuck the writers https://t.co/YVrS7BS9s7

Oh and THAT DELETED SCENE where Daemon hugs their twin daughters the morning after AGSJSBDJDBDJDABDJDNDJDK pic.twitter.com/bsmeCken8C

That’s not all the Daemon-related stuff that HBO seems to have cut from this episode as well, with another crucial scene not making it to the final cut.

What do you think? Join the discussion on our Discord server, now!