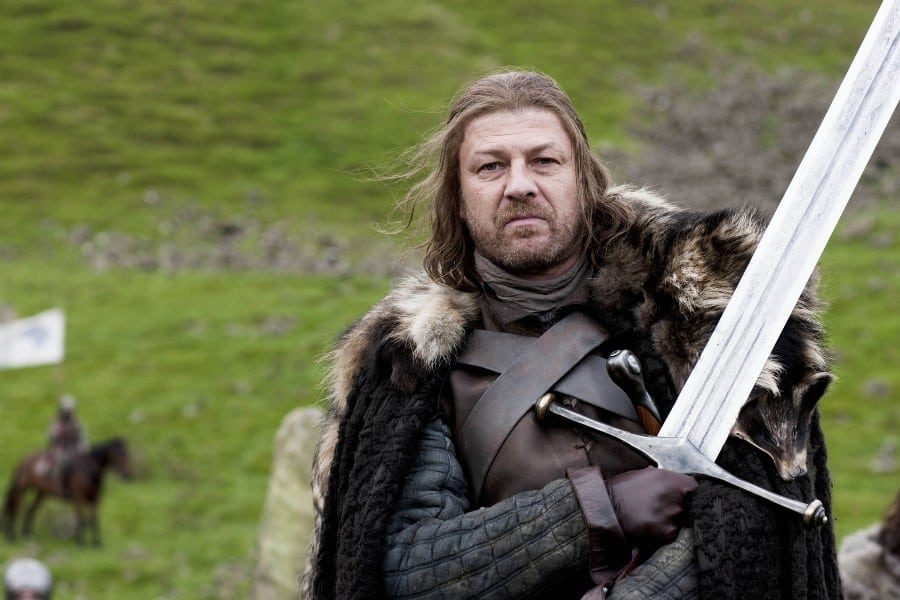 The success of Game of Thrones was littered with a minefield of controversies, and some of the most explosive ones were those labeled as “nudity and sex scenes”. Over the years, fans, critics, and the actors themselves have come up with their own ideas and experiences regarding how they felt about those scenes, and they vary a lot, from funny, and annoying, to downright scary and uncomfortable. However, there are some people who are well-versed in the act of filming love-making sequences and help the performers get cozy in front of the camera, known as intimacy coordinators. And Game of Thrones alum Sean Bean recently pointed out that these so-called “coordinators” seem unnecessary to him.

Miriam Lucia, an intimacy coordinator on House of The Dragon, recently responded to Bean’s comment in an interview with Deadline, “I love him as an actor, and I’ve just watched Marriage: he’s great in that. I just think he is a man of a certain age, who has been in this industry for a very long time, and he doesn’t have an experience of the other side. Or maybe he’s had a bad experience of working with an intimacy coordinator.”

She continued, “All I would say is that in my experience so far, I don’t think it gets in the way of the creative process. I think it helps to enable the creative process, because I think once you’ve worked out what the actors are comfortable with in terms of touch and consent, and what the movements are going to be, then you add the emotion to it. And then you find the freedom, because you’re not scrambling and fumbling and trying to find it there and then in the moment.”

Do you think intimacy coordinators are necessary? Talk to us in the comments below!

I don’t think you quite understand what an intimacy coordinator does or what this article was discussing. An intimacy coordinator creates a more natural and comfortable discourse for the actors. It gives them the space to say, “I’m ok with you putting your mouth here, but I’d rather we didn’t (fill in the blank).” Consent is just as important in a working environment as in real life. That’s what this enables and cultivates. This way, the actors are on the same page, know what to expect and can fine tune their agreed upon actions.
For Sean Bean to say this isn’t needed or wanted is dismissing the fact that there are many actors who feel awkward and unprepared for these types of scenes. Not only that, my guess is that in most intimate scenes for Sean Bean, he has been the dominant one. Imagine the woman/man who acted with him but essentially had no say in where he placed his mouth/hands/etc. This should be a two way street on which both parties make the agreed upon decisions.

These Actors are well aware of their roles going into the scene. I don’t disagree with Sean because it makes for a more natural moment. These Actors sit in a room and go over their upcoming scenes together. As professionals, that should be up to them to coordinate their actions, NOT a 3rd party corridinator.

Evvvveryone is hating on Sean B because of this. Well….guess what, everyone needs to stop crying. He has an opinion. You have an opinion. We all have opinions. One opinion doesn’t make something reality. The dude is a GREAT actor. Everyone that gets so “offended” by this needs to be a little tougher than that.

They play the same role as stunt coordinators, make the action look real while keeping all the actors safe (especially those in a more vulnerable position in the scene)
How would Sean like to have a sword fight without a stunt coordinator?

I can see both sides to this. However, I view the coordinators as advocates to the young, up and coming actresses that are sometimes pressured to do what is uncomfortable to them for the sake of their careers. We all have heard the stories about young girls in Hollywood, they’re horrifying. GoT and HOtD have had many young actresses. Maybe try to see the coordinators as advocates rather than the elephant in the room.

What did you think the coordinator was going to say…she is defending her career. What training is involved to become one…boggle

I don’t see how it’s any different than having a stunt coordinator. They help the actors make the scene as fluid and realistic as possible while keeping the actors as comfortable and safe as possible. They also prevent any creeps and perverts from stepping over the line.

I’m sure there is a need for intimacy coordination. I’m equally certain the Sean Bean has reasons for his opinion, not explored. But what I find unacceptable is the sexist and ageist response from Miriam Lucia who attacks the person rather than the argument. A prevalence that is becoming increasingly popular and destructive.

If they direct the movements and positions of the actor’s in scenes that are supposed to be intimate between characters, and not just the sex scenes, then YES, they are definitely needed. Otherwise, you end up with clumsy looking scenes, like when Jaime and Brienne finally got together. They looked like a couple of teenagers going for a quickie instead of two adults, one a virgin, about to make love for the first time.

House of dragons is horrible!! George Martin did not intended for this “woke” nonsense! Sex scenes are basically nonexistent and it’s down right boring! Not to mention the “inclusion” for the sake of “inclusion” smh… I couldn’t be more disappointed and have stopped watching. GOT is 1000x better in every way possible. I’ve read all the books going back to 1996! This show is a disgrace. Wrong people working in Hollywood and it’s ruining everything.

Point is they are spending time and money on things like intimacy coordinators instead of making an actual good show with a deep plot and meaningful dialogue.

If an actress or the director feels she needs one, why not? If that’s a tool to feel more at ease and perform better I say go! But if the self proclaimed intimacy coordinator makes the actors feel bad for what they are about to do by raising too many concerns that where not there to start with, that’s a waste of money and opportunity for a good scene. Really don’t like the frustrated answer she gave tho.