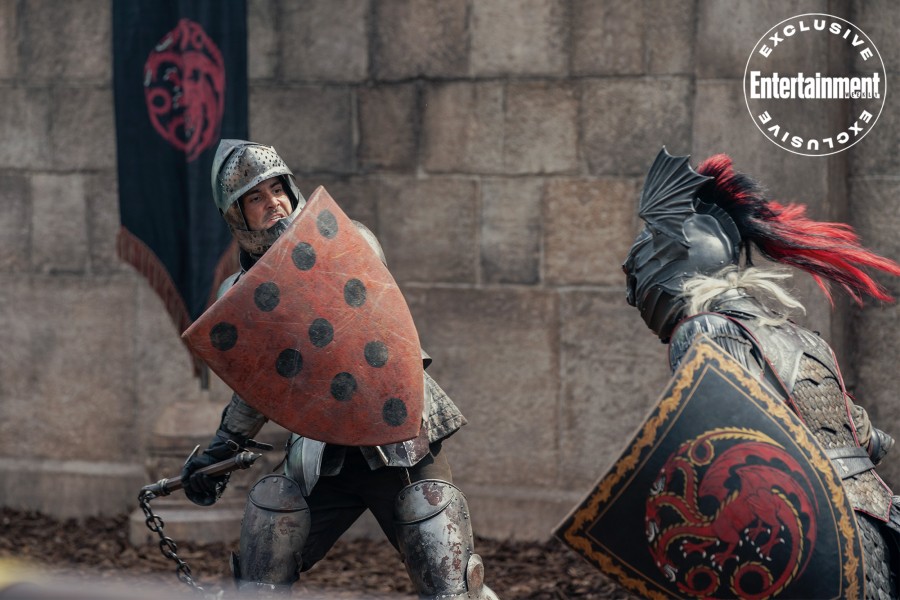 Game of Thrones tells the story of a dark, twisted, and war-torn world very much like medieval times, but it did mix some humor intertwined within the interactions between various characters. However, no matter how serious the situation looked on-screen, the cast always seemed to have fun on the set, the Game of Thrones blooper reels are a testament to that. The upcoming prequel House of The Dragon is no exception, as the show’s star Matt Smith recalled a funny incident that happened during a sparring session on set.

Smith told Variety, “Yeah, Fabien. Tell him off tonight when you talk to him. He wasn’t even in a battle. It was in a rehearsal and Fabien was just being sort of overly enthusiastic. Like a young buck. And I’m like this old boy going [makes swishing gestures]. Right, it’s a rehearsal, we’ll take it slow. And he chinned me. But it was all right. I lived to fight another day.”

Smith also talked about his experience riding a dragon, and if he ever got thrown off one, “No, because they harness you in. And that stage, that volume, is a bit dry, to be honest with you. Because you think you’re going to be in this amazing wonderland and you can’t really make it out. But the buck’s quite fine. You’re on like remote control, and someone’s there moving it around. And then they fire a load of wind and rain at you. Yeah, it’s good fun.”

Are you excited to see Criston Cole and Daemon Targaryen duke it out on-screen in House of The Dragon? Tell us in the comments below!

Read Next: How Daemon and his dragon Caraxes reflect his relationship with his brother, King Viserys I Targaryen

Paddy Considine (Viserys) won’t let anyone else sit on his ‘precious’ Iron Throne!