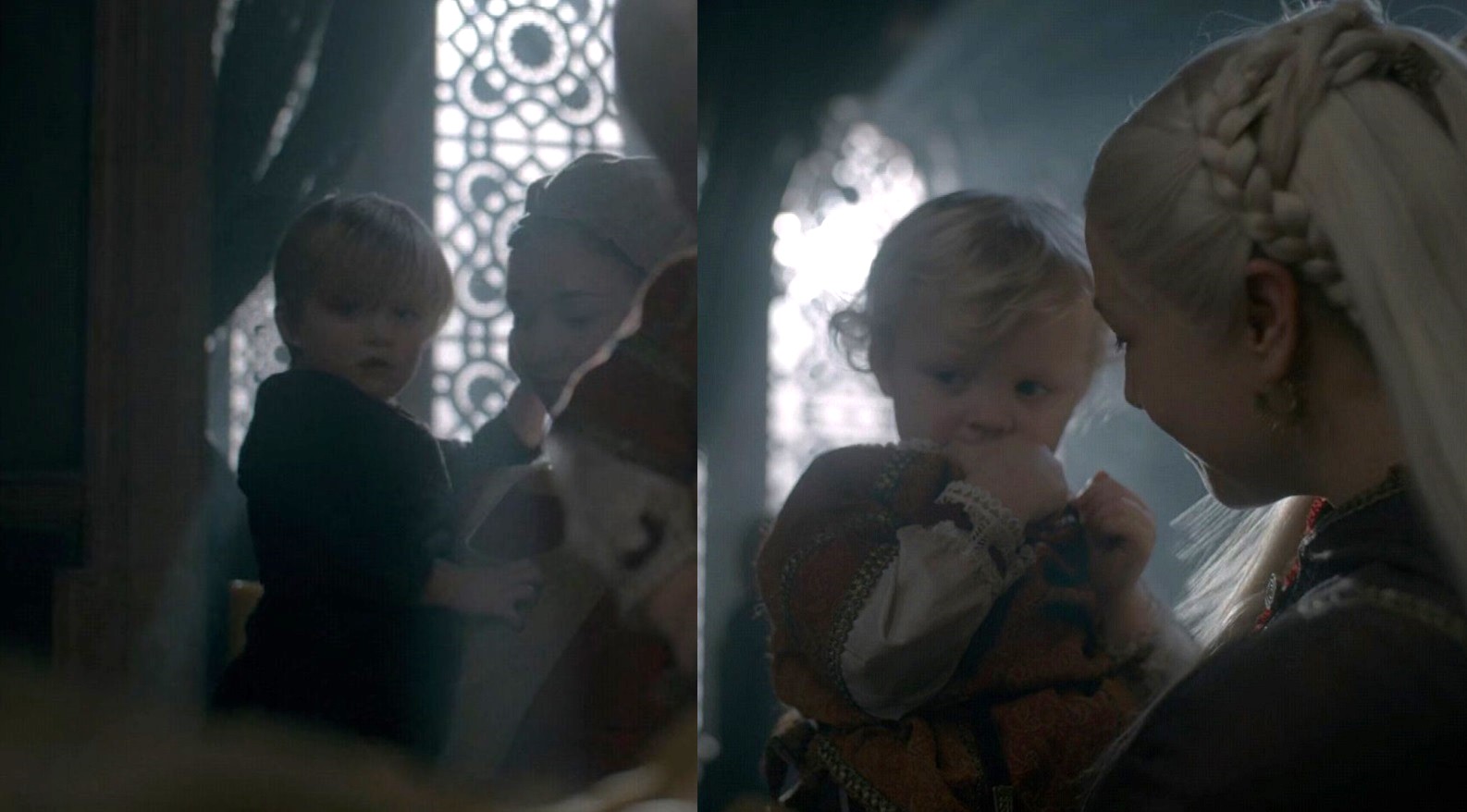 House of the Dragon episode 8 delivered everything we expected and much more. By now it’s no surprise that Queen Alicent has no affection for Rhaenyra’s children. She has wished for their downfall, even more so after they weren’t born with Valyrian blond hair. She even criticized the young Joffrey’s name, saying it wasn’t very Valyrian. In episode 7, she snatches Aegon I’s dagger from King Viserys to blind Lucerys in one eye in revenge. Now imagine Alicent’s reaction when she finds out Rhaenyra and Daemon named their first child Aegon.

Queen Alicent taking offense to the name has no grounds except a hint of selfishness and jealousy. She thinks this is Princess Rhaenyra’s way of provoking her. But it can also be seen as a last-ditch effort from Rhaenyra to unite the two sides and prompt familial love. So far every attempt at reconciliation has been from Viserys himself, or Rhaenyra. She even proposed that her son Jacaerys marry Alicent’s daughter Helaena, but Alicent still remains paranoid about Rhaenyra’s intentions.

What’s in a name?

A pregnant Rhaenyra with her husband Daemon Targaryen

Aegon is a very honorable Targaryen name. Many Targaryen boys have been named after Aegon the Conqueror, who unified six out of the seven kingdoms in Westeros. Queen Alicent was not the first to name her child after Aegon. This name is reserved for any of Aegon the Conqueror’s male descendants; making it perfectly acceptable for Rhaenyra to name her son the same. To avoid confusion, people will refer to them as Aegon the Elder and Aegon the Younger.

Rhaenyra names her second child with Daemon, Viserys, honoring her late father and Daemon’s older brother. Her third child was Visenya, named after one of the most powerful queens of the Targaryen dynasty. This shows that the couple wanted to honor their ancestors. The names of Prince Daemon’s children with Laena Velaryon follow this tradition as well.

As the storyline approaches fiercer and more intense territories, we must remember that neither the blacks nor the greens are absolutely good or bad. Most characters and their motives occupy a morally grey area, making the show even more interesting. What did you think of House of the Dragon episode 8? Is it justifiable for Alicent to be offended? Join more discussions like this on our discord server.

Aegon III and Viserys II introduced in House of the Dragon Episode 8, and fans adore them

Who was Viserys really talking about before his death in Episode 8?

Too many Aegons thanks for this thou.
It helps a lot