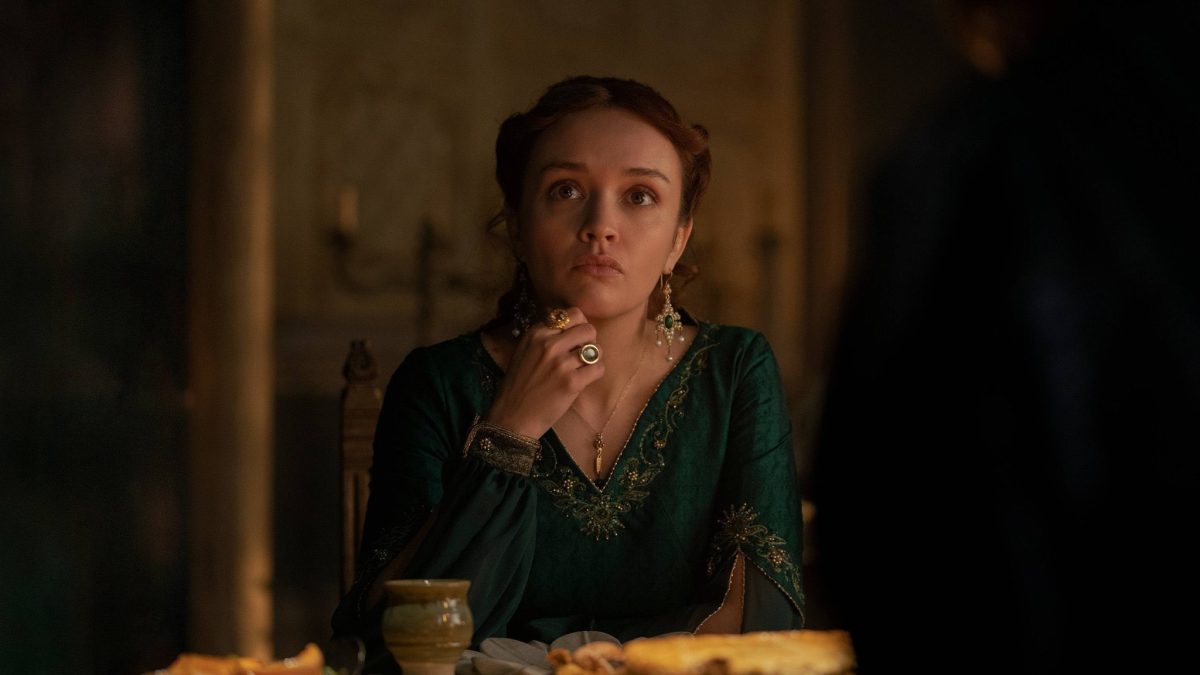 Larys Strong is the main source of information for the Greens, and in one of the scenes in episode 9, he comes to Alicent Hightower while she is scheming her next move. However, he hints that information is not free, and Alicent removes her shoes to which Larys reveals that Mysaria, the White Worm had a network of spies that Viserys knew about and kept in place because it was useful. He then goes on to enjoy himself looking at her feet.

Actress Olivia Cooke, who plays Alicent, recently talked to Variety, and said, “It is wild because there are beheadings, people getting their cocks cut off, graphic violence, and brothel scenes, but getting my feet out and him wanking off, that’s the most shocking. It’s funny, isn’t it?”

“I knew on the day, I didn’t want this to be gratuitous at all because I know my feet will end up on various sites. It’s wild how you can’t predict which scenes people have the biggest reactions to, and unfortunately, it was that one.”

Read Next: Larys’ foot fetish was foreshadowed in House of the Dragon Episode 6

The same people flipping out about the foot fetish thing. These were the one who fates her character in the show and thought creepy Uncle and niece lusting over each other was pure romance