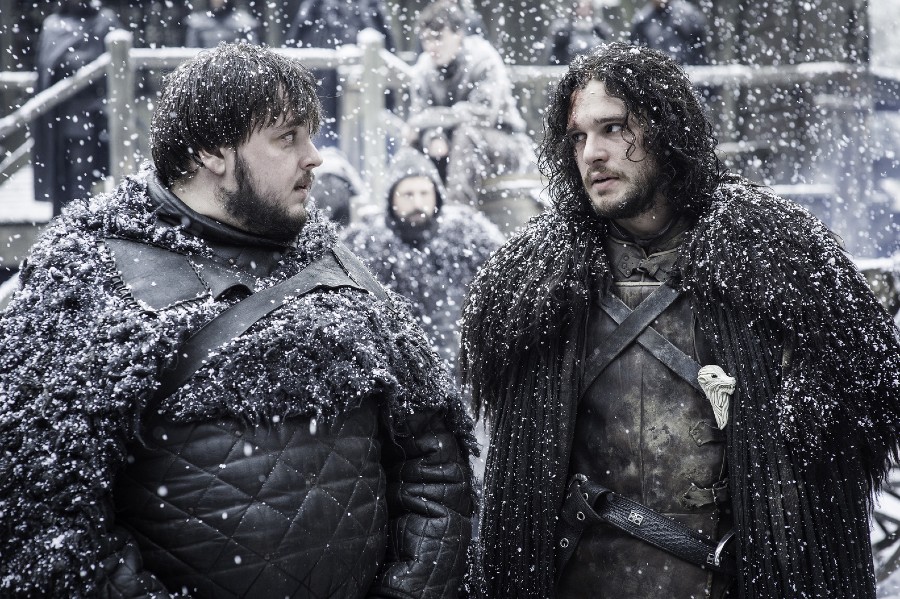 Game of Thrones wasn’t just the biggest show of the century, it was a huge family and a way of life for so many people for nearly a decade. It was a once-in-a-lifetime experience, something that not only the fans but the cast and the crew find hard to move away from. Many of the cast and the crew members are still in touch with each other, as we have seen various photos of them reuniting at events across the globe. Actor John Bradley, famous for playing the role of Jon Snow’s closest buddy Samwell Tarly, further confirmed the fact recently.

In a recent interview with ComicBook.com, Bradley was asked if he still sees his friends from Game of Thrones. He replied, “We do. Yeah, yeah, we do. I went to the cinema to see… What did I go to see? I think it was the Bond movie, and I saw the Eternals trailer and it had Kit in it, and it had Richard in it as well. It feels like there’s a party that you’ve not been invited to. You’re seeing all your buddies in there, they’re interacting with each other and you feel on the outside of it!”

He continued, “Yeah, we’re still very, very close and I’m so proud of them. And Kit especially has been probably my closest friend in it. And I’m back working with [David] Benioff and [D.B.] Weiss now on a new project. And yeah, we’re never gonna stop being a family. We’ll always keep in touch and, you know, they still mean a lot to me those guys.”

Bradley is working with Game of Thrones showrunners Benioff and Weiss on the upcoming Netflix sci-fi fantasy the Three-Body Problem. Are you excited to see Bradley once again on the silver screen? Talk to us in the comments below!