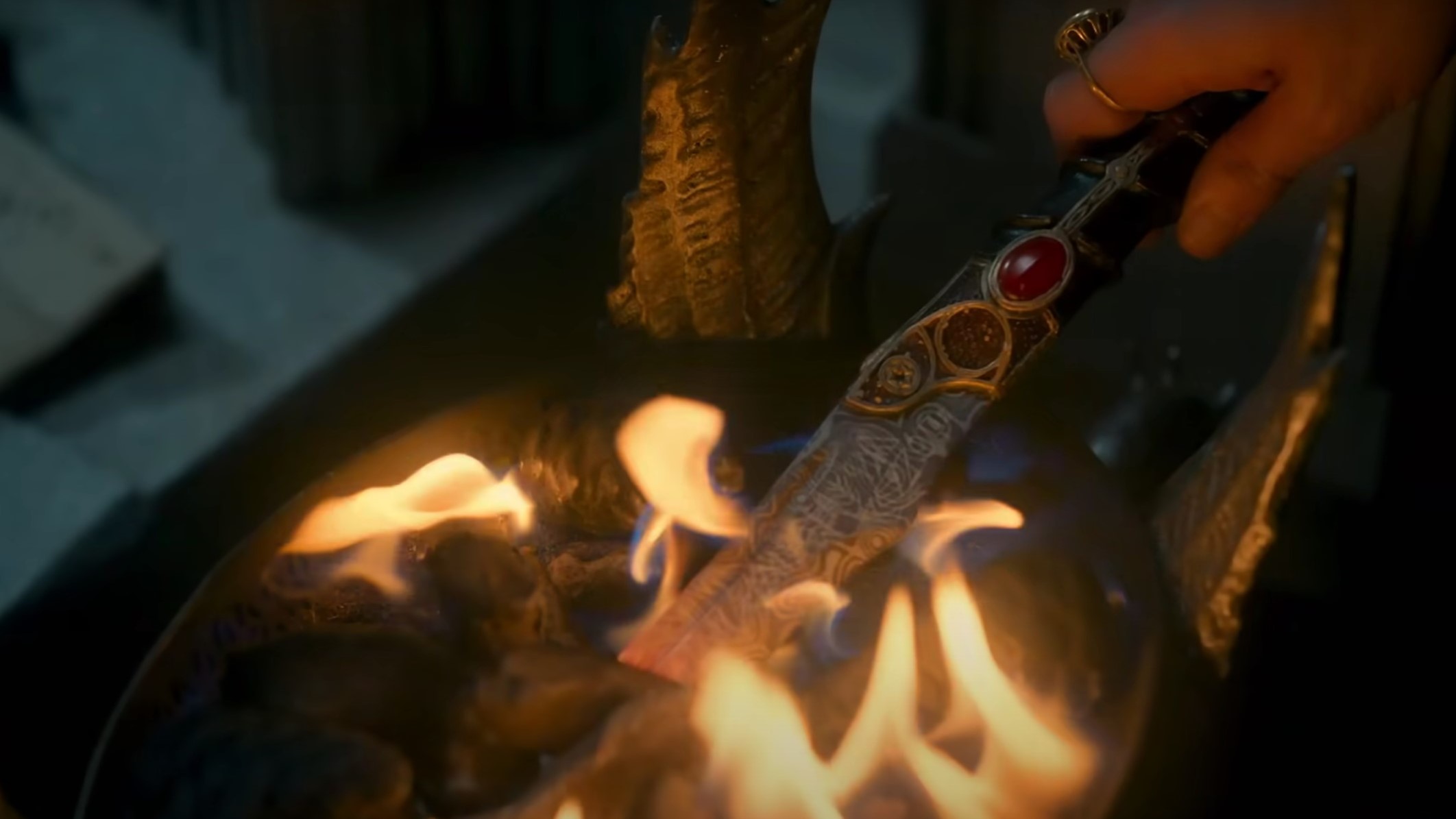 Game of Thrones prequel House of The Dragon made an astonishing entry after hyping up fans for over a year. Even though the first episode of the highly anticipated series was leaked just a day before the premiere, it hasn’t damped down the fans’ excitement for their return to the world of Westeros. One of the many mysteries that kept fans on their toes in the previously released teasers and trailers was the Catspaw dagger. The dagger made an appearance in the first episode itself. The appearance screams a much more significant role than we had originally expected.

Before announcing Rhaenyra (Milly Alcock) as his heir, King Viserys (Paddy Considine) has a talk with her. Viserys explains to her the dangers of ruling the realm. He lets her in on the secret to the Targaryen’s powers. Viserys shows her the hilt of the same dagger we had seen in the teasers and the trailer. He also warns her about the existence of White Walkers. The dagger we see here is none other than Catspaw itself.

Showrunners Ryan Condal and Miguel Sapochnik had earlier commented on the dagger. They confirmed that it was the same dagger that Arya used to kill the Night King in Game of Thrones. Condal told Entertainment Weekly,

“It’s a line to walk in terms of things that you bring back from the original show and pass in a different way. I think that it’s important to have connective tissue there to show people that it is the same world and history reflects on objects and [the] cast of people and sigils as we move on down through time without it becoming too self-referential.”

To top it off, the actual catspaw dagger prop was originally shipped over from Ireland for the show. However, the showrunners felt the look was off. That’s why the Catspaw in House of the Dragon appears slightly different. The dagger has the original hilt and handle fittings. However, over time it will reshape a bit. It will wear out just enough to look like the dagger we see in Game of Thrones.

Are you excited to see what unfolds in the story of the Catspaw dagger? Tell us in the comments below!

Read Next: House of The Dragon extended trailer from SDCC 2022 provides a closer look at the Catspaw dagger, and more