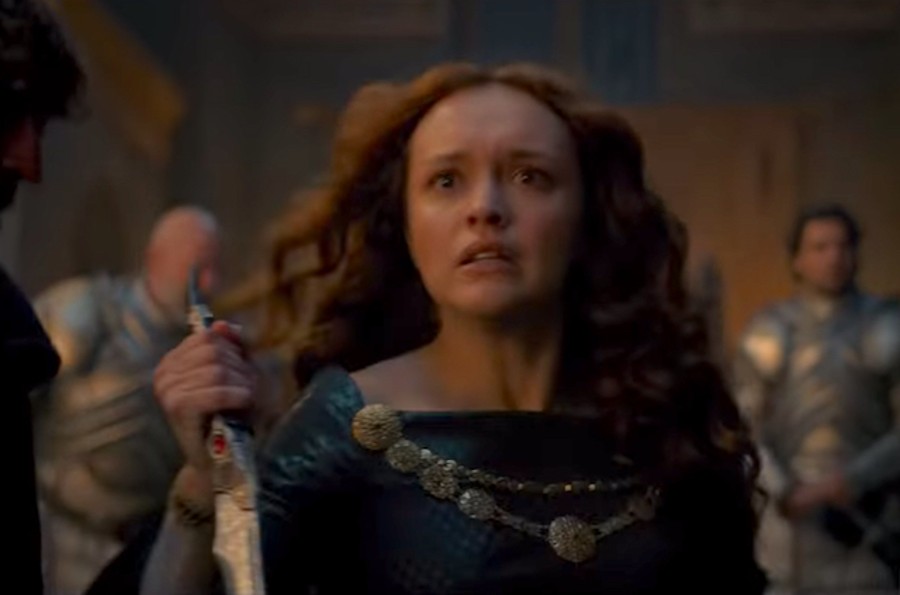 The highly-awaited San Diego Comic-Con is finally here for the first time since 2019. And one of the most exciting features for all the Game of Thrones fans out there was the special House of The Dragon panel that was held recently, followed by the amazing Dragon’s Den. The panel also showcased the extended trailer for House of The Dragon with a few more details than the one posted earlier, which you can watch right here:

The new extended trailer has a few more shots than the original one, some of which include Viserys advising Rhaenyra about the risks of sitting on the Iron Throne while staring at Balerion’s skull, an additional scene of the Lords of Westeros bending their knee to Rhaenyra, and a close-up shot of the Catspaw dagger that we have seen Alicent using as a weapon against someone in the trailers.

On closer inspection, the catspaw dagger that is being used in House of The Dragon has a slightly different design than the one from Game of Thrones. It has a different hilt, and there are markings all over the blade signifying an important role in the series.

What do you think of the extended trailer? Talk to us in the comments below!

Highlights from the SDCC 2022’s House of The Dragon panel

Game of Thrones’ Robert Aramayo shines in the new Lord of The Rings: Rings of Power trailer