Game of Thrones is definitely the most successful fantasy series of the 21st century. It was a huge gamble that HBO took, and it paid off. The original pilot was a mess itself, causing the studio a 10-million-dollar loss. The showrunners had to lie to get it on the wheels again. Neil Marshall, who directed the second season’s ‘Blackwater’ and the fourth season’s ‘The Watchers on the Wall‘ testified the fact.

In an interview with the Den of Geek, Marshall said, “They went to this faraway place that really didn’t have much of an infrastructure, and they built a studio from the ground up and spent the next 10 years in Belfast, making Game of Thrones what it is today. But at the beginning, it was seen very differently. I think it was seen as the great experiment.” “I mean, just to be a part of that show at all makes me proud. It did change the face of television and it upped everybody’s game considerably,” the director says.

“HBO took a massive gamble on it, but it paid off in droves and became part of the zeitgeist,” Marshall continues. “That’s a massive achievement for any TV show, especially a fantasy TV show, which, as those of us who love fantasy movies know, there’s only a handful that have broken through, like Lord of the Rings and now Game of Thrones. So many other great ones have fallen by the wayside. It’s a difficult genre to master, and they did a fantastic job of it.”

Do you agree with Marshall? Tell us in the comments below! 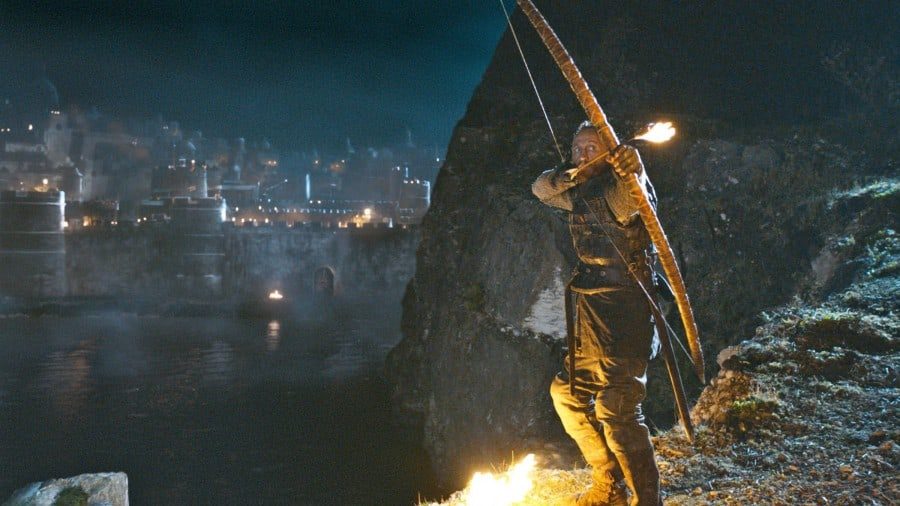 Game of Thrones was the greatest TV show of the 21st century. Hence, comparisons are likely to occur. The fantasy series has often been weighed up against other epics like The Lord of The Rings and Star Wars. Both the series have won multiple awards in their respective categories. Neil Marshall, who directed two of the finest episodes on Game of Thrones, the second season’s ‘Blackwater’ and the fourth season’s ‘The Watchers on the Wall‘, recently talked about the comparisons in an interview.

Talking to the Den of Geek, Marshall said, “I came to it [Game of Thrones] almost entirely because of Centurion. I proved that I could do a battle sequence on a lower budget with just so many resources in a short amount of time. They needed somebody to do ‘Blackwater’ who had done something like that. I was available and close, and I’d done that and proved it. A lot of my crew from Centurion went to work on Game of Thrones, so they brought in a lot of feature film people to do this TV series out in Belfast.”

“I think it was very similar to what Pete Jackson did with Lord of the Rings,” Marshall says. “They went to this faraway place that really didn’t have much of an infrastructure, and they built a studio from the ground up and spent the next 10 years in Belfast, making Game of Thrones what it is today. But at the beginning, it was seen very differently. I think it was seen as the great experiment.”

What do you think about the comparison with Lord of The Rings? Tell us in the comments below!

The year 2021 has been an exceptional one for Game of Thrones fans all over the world. The show ended about two years ago, and HBO is keen on continuing the legacy of the fantastical universe. House of The Dragon is already on its wheels; the first prequel that will be aired in 2022. The series was teased in HBO’s amazing programming line-up for 2021-22. The casting for various key characters has already been done. With the tables all set, the television giant is already looking forward to expanding the Game of Thrones universe. It seems like wooing their lost audience back is their top priority.

In a recent interview with Variety, HBO Chief Casey Bloys made it very clear no other spinoff shows have received the green flag so far. House of The Dragon is the only one they are currently shooting. Bloys told Variety that he has been surprised by the number of people who believe that there are multiple Game of Thrones-related series in active production. George R.R. Martin is helping to oversee development on at least six other projects, including an animated series. “House of the Dragon is the only one shooting,” Bloys says. “All the other ones are in various stages of development. People may think we have 10 series shooting at the moment. There’s one that will be on the air in 2022. We’ll see how the other scripts come along.” Bloys wasn’t giving out any spoilers but he likes what he’s seen of the dailies so far. “It looks spectacular,” he said. “The cast that (Sapochnik) and Ryan have put together looks good.”