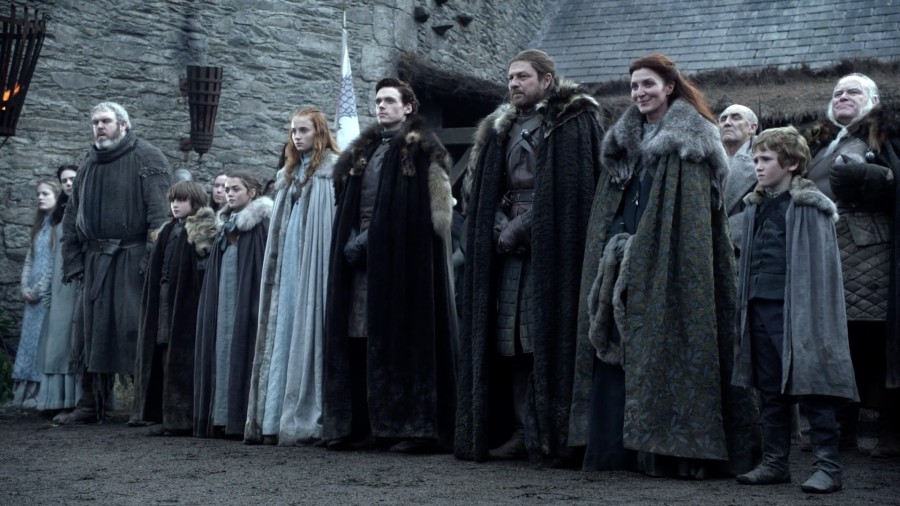 The year 1991. A 42-year-old George R. R. Martin stares blankly at his desk, contemplating his life after growing weary of his screenplays not making it to the TV screens. TV-related production limitations like low budget and episode lengths were forcing him to cut characters and trim battle scenes, which limited his imagination. So he decides to go back to writing full-time, taking inspiration from his idol J. R. R. Tolkien. 5 years later, on August 1, 1996, ‘A Game of Thrones’ came into being, the first book in the ‘A Song of Ice and Fire‘ novel series.

A Game of Thrones followed three principal storylines; one: after the death of Lord Jon Arryn, Hand to the King Robert Baratheon, Lord Eddard Stark, Warden of the North, is ordered/requested by the King to accompany him to King’s Landing to be his next Hand.

Two: The readers are introduced to The Wall, and Brothers of The Night’s Watch. Jon Snow, inspired by his uncle Benjen Stark, joins the Night’s Watch and accompanies his fellow recruits, where he meets his soon-to-be best friend Samwell Tarly.

Three: The remnants of the once mighty Targaryen dynasty, Viserys, and his sister Daenerys, are exiled beyond the narrow sea east of Westeros. Viserys betroths his sister to Khal Drogo of the Dothraki in return for his army.

All these memories come rushing back when you watch the first season of Game of Thrones. Today, Game of Thrones is one of the biggest fantasy franchises in the world, and Martin no longer has to struggle as much to get his ideas on board.

How did you feel on your first reading of ‘A Game of Thrones’? Tell us in the comments below!