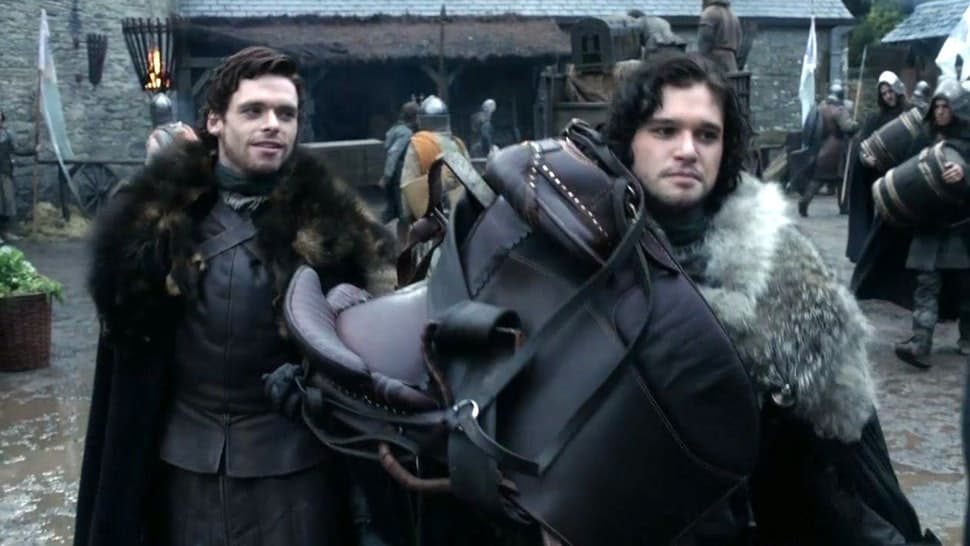 Game of Thrones stars are a close-knit bunch. Many of them are close friends in real life, like former on-screen brothers Richard Madden and Kit Harington, who played Robb Stark and Jon Snow respectively on the show. Hence it must come as no surprise that the two cherish any opportunity they get to work together. In this case, it was Marvel Cinematic Universe’s latest phase 4 film Eternals.

In a recent interview with Variety, Harington recalled the moment he and Madden reunited on the set after a really long time:

“We had a big hug. We’ve been close friends for a long time. We had a shared experience of “Thrones” in the first three seasons — the three seasons that Richard was in — where it sort of blew up and became this Goliath of a show. And, you know, we were both 23. We’d kind of came up together and that creates quite a special bond. So actually, we have a very close friendship, but screen time doesn’t reflect that.”

“Yeah, if you add up all the scenes that me and Richard have shot in anything, “Thrones” and this, I think it comes in at about four scenes. Isn’t that weird? But there’s so much focus, from my part anyway, on me and Richard’s interaction in this. And it just goes to show that people create longer stories and histories for these characters than is actually there. I find that fascinating.”

Let’s hope Harington and Madden will get to do a lot of scenes together in the future. Are you excited about Marvel’s Eternals? Talk to us in the comments below!