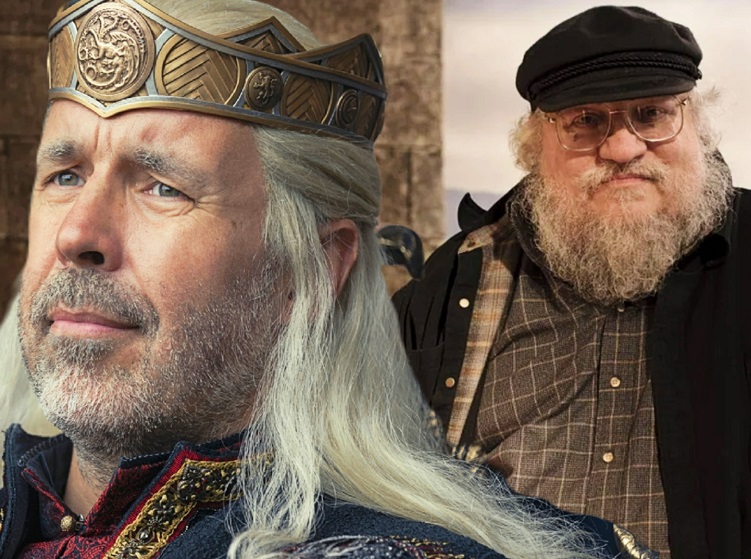 George R. R. Martin is the most in-demand author in the world right now. His popularity exploded after HBO adapted his A Song of Ice and Fire novel series for Game of Thrones, with a prequel show House of The Dragon currently making headlines. The Martinverse is a huge imaginary ecosystem and the prequel series is just a part of it, but exploring even that portion completely needs time and a couple more seasons.

Originally, Martin had plans to include a bit more of the story from Fire & Blood. In a recent interview at Random House Events, Martin told David Anthony Durham, “I don’t know if I should reveal this, maybe I should wait for a Blu-ray or something after the show. But that was not handed down by some muse from ancient Greece. Myself and the other writers had a lot of spirited discussions where to begin.”

“One of the writers wanted to begin it later, essentially with Aemma dying. So skip the Great Council, skip the tournament, a scream sounds out, Aemma is dead. That’s where we begin. So that was one possibility. Another of the writers wanted to begin even later than that, with Viserys dying. So you open, act I, scene I, Viserys [dying souds] and what happens then. There you have to present all that material in flashbacks or dialogue, that becomes challenging too.”

Do you think HBO made the right choice with House of The Dragon’s timeline? Talk to us on our discord server.

George R. R. Martin says he has completed 75% of The Winds of Winter