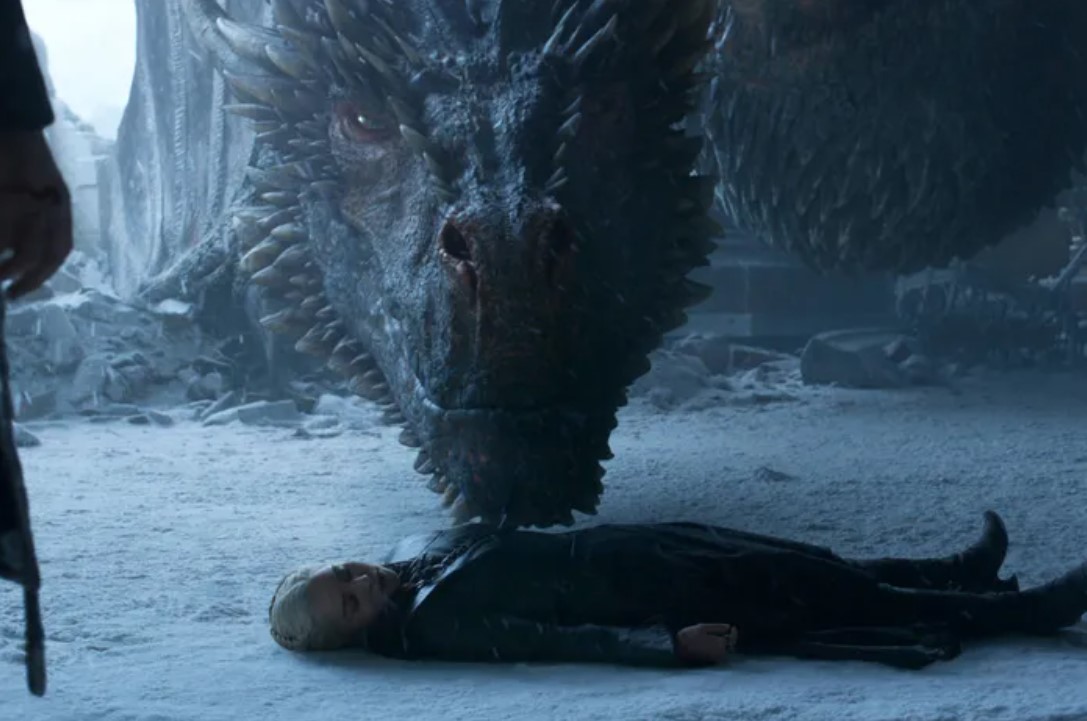 The end to Daenerys’ plotline in Game of Thrones easily makes its way to the top 3 most unsatisfactory character arcs in the series. Is HBO trying right their wrongs with a Daenerys spinoff? We know she’s dead as per the TV show, but there is a theory for everything. At the DreamIt Fest in September, during a fan Q&A, Emilia Clarke was asked if she would return for a spinoff. She replied, “You never know, I mean, we don’t know where her body is at […] Or like, the dragons help me out.”

Everything We Know So Far

A theory that has been making rounds since Game of Thrones ended is if the Red Priests could resurrect Daenerys. Game of Thrones showrunners, David Benioff and D.B Weiss, confirmed that Drogon flew to Volantis with Daenerys’ (Emilia Clarke) body. Volantis is where the Red Priests reside, and if they could bring back Jon Snow, why not Daenerys? DeuxMoi, a popular gossip reporting Instagram account, recently shared this submission. Could this be a Mother of Dragons spinoff in the works?

In an interview with BBC in July, Emilia Clarke discussed coming back to the franchise. She said, “No, I think I’m done”. The actress also knows that Kit Harington is heavily involved in the production of the Jon Snow spinoff. But then, at the DreamIt fest, Clarke added, “I still don’t think Daenerys was wrong. I’m on her side. It’s not fair that he(Jon) gets to live […] I want Daenerys with him. With Jon. They could go to family therapy and fix their issues. Daenerys is a very hopeful character, she has a lot of hopes, and I wished that she was able to achieve that.”

Could seeing her colleague have creative control in his spinoff have changed her mind? Most fans would agree that Daenerys deserved much more as a character. Fans have been wishing to see Emilia Clarke as Mother of Dragons again! We hope the spinoff rumors come true. Let us know what you think in the comments.

Ugh, no. This would be awful. Family therapy isn’t enough to fix megalomania or the willingness to torch tens of thousands of civilians. Wanting Dany to come back to life is like being nostalgic for Hitler.

The end of the show was fantastic. The fan melodrama is idiotic and shows they weren’t paying attention from day one. Fans are stupid.

So true. The ending made perfect sense. I rewatched the entire series and the ending was perfect.

Nice try, but no. That was not the story from Day One. We were given the story of a woman who knew nothing of home or family, only trauma and isolation, yet rose above to become a beacon of hope for herself and others. She had warmth, she was fair and ultimately good. Sure, she was fiery, but as she said, she would answer injustice with justice. When there was violence, it served a purpose–always Justice. She was the Breaker of Chains, a beloved Mhysa. She was strong in her convictions which were for the greater good. She was still human, had a temper, and a personal motive to acquiesce the Throne, however her intentions were always good. The story we were fed in 6 episodes of an unhinged woman with no mercy and lust for the blood of the innocent, was an insult to our intelligence, a joke. If they had taken more time to set this storyline up, maybe it would have at least made sense. But they didn’t, therefore it didn’t. It was heartbreaking. They did that character dirty, they did Emilia Clarke dirty, and they did us dirty.

I would love for these 2 characters to come back, I think there was the best characters in the show. I also want to do is make peace and make the world a better place with no slaves let’s see what she can do.

I’m all for it. Season 8 can’t be fully redeemed but this would be a good try to mend some of the awfulness that was season 8.

Yes ? bring GOT back. There still more to be told.

I am always ready for more GOT. Whether it be a continuation or a spin off. I would love to see more. I can’t get enough.

Pleaseeeee bring her back. If Power can do it, so can you. Game of thrones was the best, especially Dani

Me No Tell U

I would def be watching if and when they do! The first time I saw her rise out of the pyre with the three she had, I knew I would love the show! I screamed so loud that day I knew the neighbors could hear. Loved the show until they killed her the way they did. ? *Digresses*