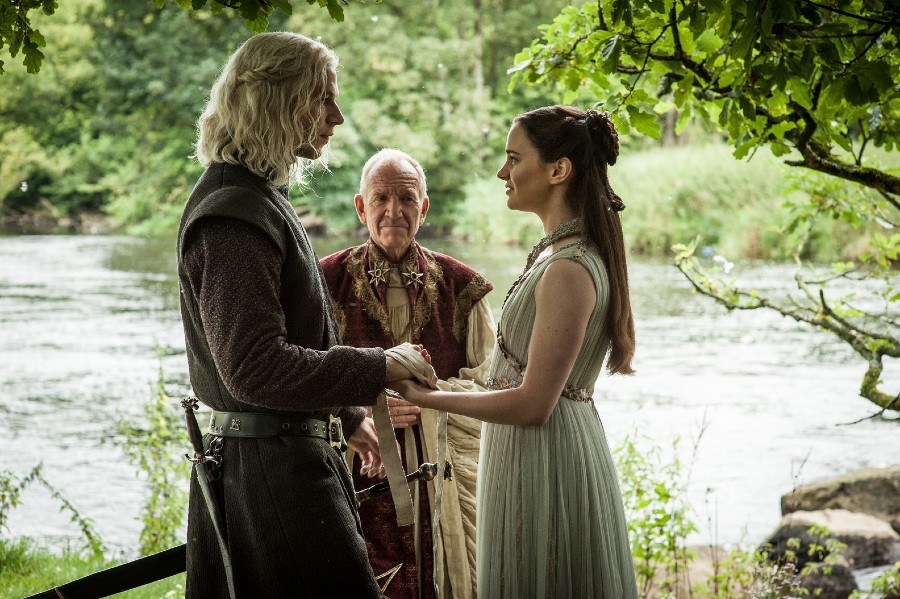 Game of Thrones had a lot of characters from the books, that played a huge part in the story, but received relatively less screentime or did not appear at all. Ned Stark’s sister Lyanna Stark was the catalyst for Robert Baratheon’s rebellion, hence giving birth to the storyline and the show itself. Only true Game of Thrones fans can still relive the feeling of surprise and amazement when the truth about Lyanna Stark and Jon Snow was revealed, and that was something actress Aisling Franciosi who played the role wasn’t expecting.

Franciosi recently talked to Looper about her time in Westeros, as well. “It was crazy, and I obviously knew how popular the show was, but I hadn’t seen a single episode when I read the audition,” Franciosi remembered. “And I actually accidentally ruined the plot for my agent, who was a big fan of the show. I was like, ‘I’m pretty sure there’s something missing from the scene, but like, this is what I can gather.’ He was like, ‘Firstly, oh my God, that would be so cool.’ And then he was like, ‘And also, oh my God, you just ruined this biggest spoiler for me.’”

“Then I obviously started watching the show, and I actually hadn’t realized how much they talked about this character [Lyanna]. And, as you said, she obviously was the catalyst for pretty much the whole storyline. But I’m really happy to have been a part of it because it was such a cultural phenomenon, and it’s just really cool to have been a part of something so huge. I hope we have something else like it. I don’t mean necessarily in genre, but I mean watercooler-type show. You never know when that’s going to happen again.”

“It was strange because I’m in two scenes, and I think each one took a day to shoot, so it was very short and very quick for me. It was probably, on paper, the smallest role I’ve ever played. But it’s also one of the ones that people ask me about the most. So, yeah, it’s interesting.”

How was the twist about Jon Snow’s birth for you when you first witnessed it? Talk to us in the comments below!