Game of Thrones was often brutal towards its characters, and that’s why we have been starved of reunions. So when a reunion manifests in the real world, may it just be two cast members posing for a picture together, it’s exciting. This week we had one of the most exciting Thrones reunion news, and that is of Robb Stark and Jon Snow. Read on!

As you might know, the Disney D23 Expo has been exploding with news this week, and among the reveals were two that starred the Stark brothers. It was announced recently that Richard Madden, who played Robb Stark, is all set to star in the Marvel Cinematic Universe’s upcoming film, The Eternals. His costume for the same was revealed at the expo, immediately followed another big news. Kit Harington was confirmed as a cast member for The Eternals, playing Dane Whitman, a.k.a. Black Knight.

While Dane isn’t a part of the group calling themselves the Eternals, he is a very important character. The Black Knight bit did get the fans talking about how this casting fulfils a reunion link between the Stark brothers from a long time ago:

Well, it looks like that came true after all:

robb: next time i see ya you’ll be all in black!

jon: it always was my color

8 years later: kit harington to play the black knight in the eternals alongside richard madden pic.twitter.com/A05OScaNdv

The film is set for a November 2020 release. Excited for the film yet? We sure are! Talk to us in the comments, down below! Game of Thrones stars are all over the place these days, and we’re sure that the fans are going to love this new development that we have today. Tom Wlaschiha, who played one of the most mysterious characters from Game of Thrones, Jaqen H’ghar, has now appeared in the first teaser trailer for Netflix’s Stranger Things Season 4. Read on!

Before you proceed, SPOILER ALERT! Beware of spoilers if you aren’t caught up with Stranger Things.

Now, as we know, Stranger Things has a year return to Netflix, and we got an official confirmation from Netflix for the fourth season a few months ago. The first teaser trailer for Season 4 of Stranger Things just dropped, and it looks like Tom Wlaschiha has a part to play. Take a look:

From Russia with love… pic.twitter.com/ZWEMgy63Et

Well, there’s two big reveals here. We hadn’t heard any casting rumours or reports about Tom Wlaschiha for Stranger Things Season 4, but he seems to be playing a badass looking Russian officer of some sorts. Secondly, Chief Hopper, played by David Harbour, who actually was shown to die at the end of the last season, is making an appearance, with lesser hair this time. 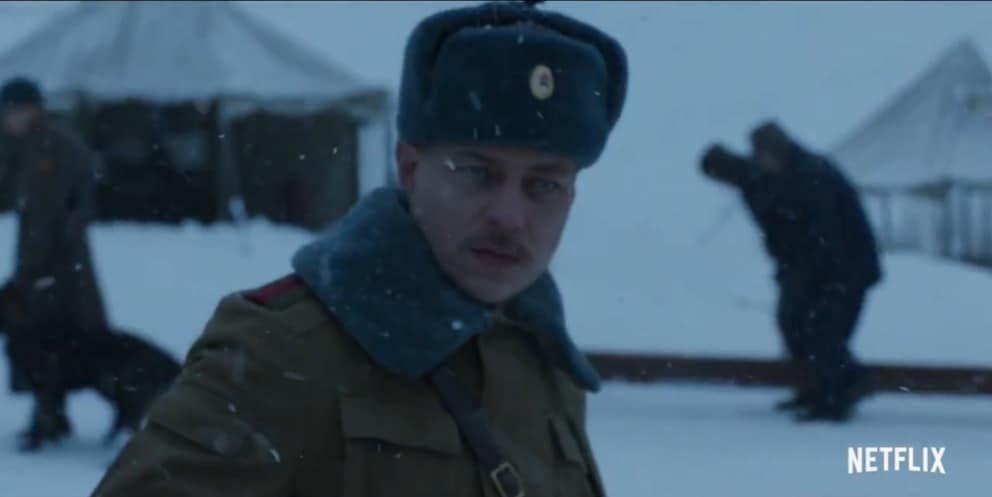 So exciting! There’s no release date for Stranger Things Season 4 yet, or details about Tom’s role, but we expect these bits to be revealed in the coming weeks as Netflix starts teasing the season more. Maisie Williams a.k.a. Arya Stark from Game of Thrones has emerged as a very popular figure around the globe. In fact, post the show’s run, most of the star cast has moved on to do different and exciting stuff. Williams too has begun to create her own niche. She was recently seen singing “Let it Go” in the new Audi Super Bowl Commercial. Now we have some fresh news on Williams’ next assignment. Read on!

It is not a secret anymore that Maisie Williams will be seen playing a mutant in her next film, The New Mutants. The trailer was released a while ago and Williams impressed everyone with her presence. She is going to play the role of Rahne Sinclair a.k.a. Wolfsbane in the film and we now have some fresh looks out from the film.

do you have anything to confess, rahne sinclair? pic.twitter.com/FpnVEFwoL2

Aren’t you impressed? We sure are!

As per Collider, In the comics, Rahne is a devout Catholic who must contend with her seemingly extraordinary mutation. Rahne is able to shape-shift and, true to her codename, frequently transforms into what we recognize as a werewolf. These new images hint at Rahne’s strict religious upbringing, giving us new insight into the character’s psyche.

Isn’t it great to see our beloved Arya Stark doing great in her upcoming projects? We sure hope she goes on to replicate her success of Thrones in whatever she chooses to do next.

How did you like Maisie’s look from the film? Let us know your views in the comments below! Game of Thrones ended last year leaving fans divided. Some even complained that the entire last season was rushed. But, we can’t evade the fact that the series has now ended for good. Most of the cast members have now moved on. Kit Harington (Jon Snow) has joined the cast of Marvel’s The Eternals and Maisie Williams will be playing Wolfsbane in the upcoming The New Mutants film. Similar is the case of Ian McElhinney, who played Baristan Selmy in Game of Thrones.

Ian McElhinney will be appearing in the two-part finale of Season 12 of Doctor Who airing on BBC One. He reportedly will be encountering the TARDIS Fam in the two-parter, called ‘Ascension of the Cybermen’ and ‘The Timeless Children’.

“I very much enjoyed my time on Doctor Who…The team were a delight to work with and everyone was very supportive and welcoming. All in all, it was a blast.”

Though at this point of time, it isn’t clear which character will he be portraying he reportedly will be joined by Steve Toussaint, known for Deep Water, Mutant Chronicles and The Knock. Ian McElhinney’s character Barristan Selmy – a loyal trustee of Daenerys Targaryen was killed off in Season 5 of Game of Thrones, being ambushed by the Sons of the Harpy in the episode “Sons of the Harpy”.

Ian McElhinney apart from his badass portrayal of Barristan Selmy in Game of Thrones has also starred in The Fall and Krypton.

Would you love watching Ian McElhinney make an appearance in Doctor Who airing on BBC One? Share your thoughts in the comments.