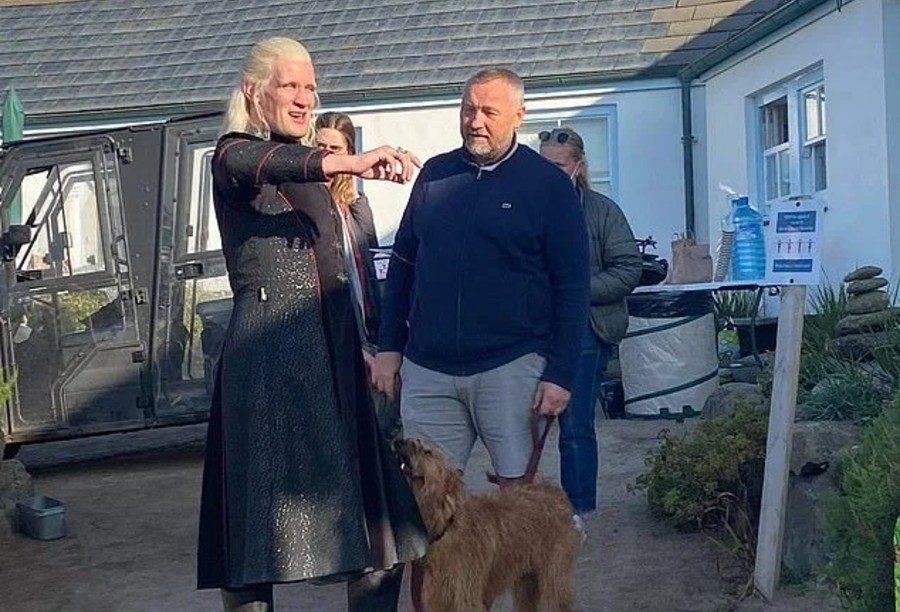 Game of Thrones prequel House of The Dragon is moving steadily with its production, and we can expect the series to be here not too far into 2022. The filming for the show had been taking place in Cornwall for the past couple of weeks, as the recent leaks have shown. We captured a glimpse of several details previously unknown, and received an official statement about new characters joining the show. So far everything about the series seems to be promising, and the production will now move to Spain for further filming.

Recently, Matt Smith was spotted in the castle of La Calahorra, which is supposed to be one of the prime locations in Spain for filming House of The Dragon.

Preparations for the filming have already begun on site. Several members of the crew were seen getting the equipment ready and decorating the castle in recent pictures leaked by Portal House of The Dragon Brasil. Here the filming will take place between October 11 to October 21.

The Game of Thrones franchise has previously filmed some key scenes at various locations in Spain before. Hence fans can expect to revisit some of the familiar locations in the upcoming prequel series.