Few people are lucky enough to have the job of their dreams. Those who do, live the time of their lives. Many Game of Thrones cast members have admitted being mesmerized by the fantasy epic. We can’t blame them, even the scientists had to research to find out what makes the show so lovable. Liam Cunningham, who played Davos Seaworth on the show, talked to Digital Spy recently. It was a fanboy moment for him when he joined the show.

Liam said, “I’m a big fan. I got the DVDs and I said to myself, ‘I’ll give me several weeks to finish this’, and I did the stupid thing where I watched six in one day. I just fell in love with the quality of the thing. This sad world with grown-up characters and fantastic acting and jaw-dropping moments of drama.” 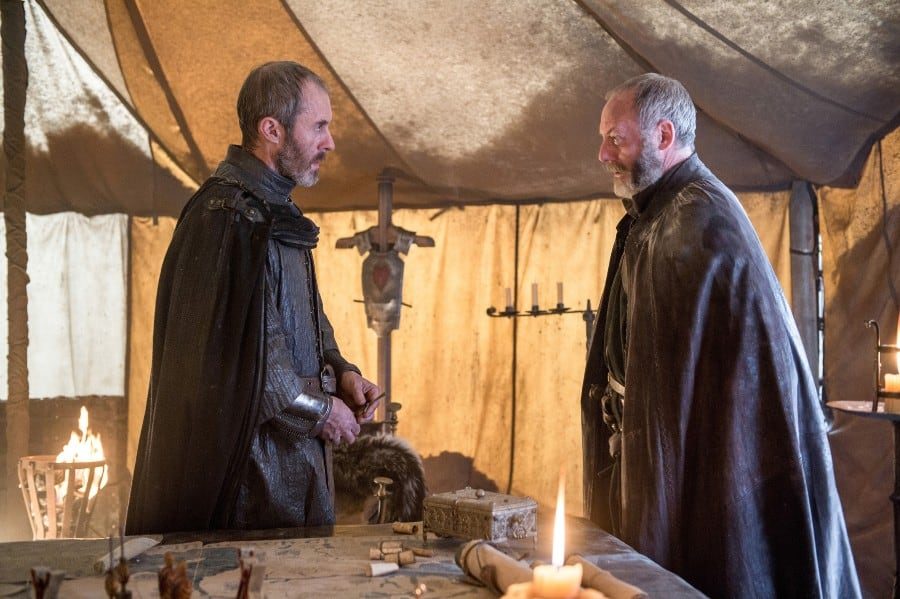 He continued, praising the showrunners, “It regards itself as intelligent and it rewards commitment to the show. David and Daniel [showrunners] met in Dublin, they were both doing masters in Irish literature when they met in Trinity College. These guys are not philistines; they treat their audience the complete opposite of a lot of television shows. They don’t patronise, they’re not shovelling out lowest common denominator, keep-your-retina busy stuff. It’s an incredible show for an intelligent audience and it rewards that.”

What do you think of Liam’s view about the show? Talk to us in the comments below!