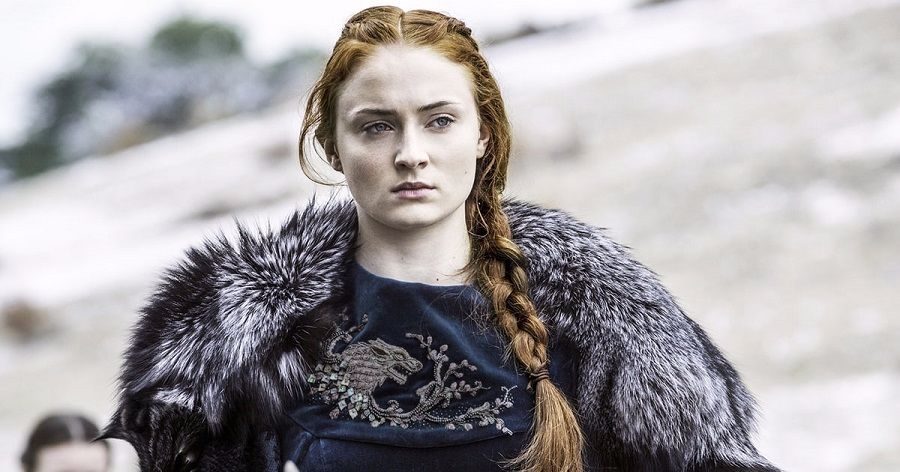 Game of Thrones started 7 years ago, and since then, it has gone on to become one of the best TV shows, ever. The stars who began their careers with the show, have since then moved to become big stars, and one of them, is Sophie Turner. Sophie, who plays the role of Sansa Stark on Game of Thrones, recently opened up about her love for the show, growing up in front of the camera, and more. Read on!

Sophie Turner recently talked to InStyle, and she led with her love for the show, and giving away spoilers. She explained :

“I have to be careful because I’m such a blabbermouth. I’m so passionate about the show, and it has been my life for so long that it’s become real to me. So whenever people ask me about it, I want to tell them everything!”

She also revealed that her hair color is actually blonde, but she prefers having it red. She went on to talk about how it was to grow up in the public eye, and how having Maisie Williams (Arya Stark) by her side, helped in it all :

“This has been amazing and hard. To have someone who understands what you’re going through, who’s the same age, who came from pretty much the same background—that is so rare. And we’ve had the same struggles in terms of dealing with body image and puberty and growing up in the public eye. But I found my strength in her, and I think she found her strength in me.”

Sophie also talked about her relationship with Joe Jonas, even though she likes to keep her personal life private. She said :

“I found it easier to date someone who understands the industry or is in that world. You realize that you’re not going to see each other all the time. And you don’t feel like a jerk when you’re like, ‘My publicist says I can’t do this … ’”

Well, it looks like Sophie has found her people, in a world which often has most stars confused. What do you think? Talk to us in the comments, down below!