Game of Thrones Season 8 is approaching fast, and it’s currently less than two weeks away. As we prepare for the great end, we’re living off of scrapes off cast interviews and blanketed spoilers. The cast members have been dropping little nuggets of Season 8 hype lately, and this particular one has Maisie Williams (Arya Stark) say that there will be a lot of death in Game of Thrones Season 8. Read on!

As you might know by now, Entertainment Weekly is the ultimate source for official Game of Thrones news, and in a recent interview with them, Maisie Williams talked a bit about Season 8. Speaking of Season 8, Maisie talked about how it has numerous callbacks to the first season:

“After reading the scripts I went back and watched season 1 again because so much of it refers back to that season. There are so many scenes that will look similar. And also I watched just to remind myself of the arc I’ve taken already. I wanted Arya to go full circle and try for some kind of normalcy like when she was younger. Basically this year it’s like she has a dual personality — there are so many emotions and memories that come flooding back when you’re with your family and the things that you fight for become very different, yet she’s also remaining on this path to try and kill Cersei and remembering her list and getting closer to that. So there’s this split with Arya between trying to be who she wants to be — getting back to the naïveté and innocence with her family — and unfinished business.”

Maybe you should start marathoning the whole show right now. Maisie also discussed Arya and Sansa teaming up for the final season, which sounds exciting:

“It’s not often you see a character siding with Sansa who’s not manipulating her. Last season it was really tough for Sansa because Jon was thinking with his penis and it kind of made Sansa look bitter. This season you see Arya teaming with Sansa and sometimes calling out Jon. It felt nice and powerful to stand next to Sophie. Sophie and I are the tightest of friends when sitting across from anyone, so no acting required.” 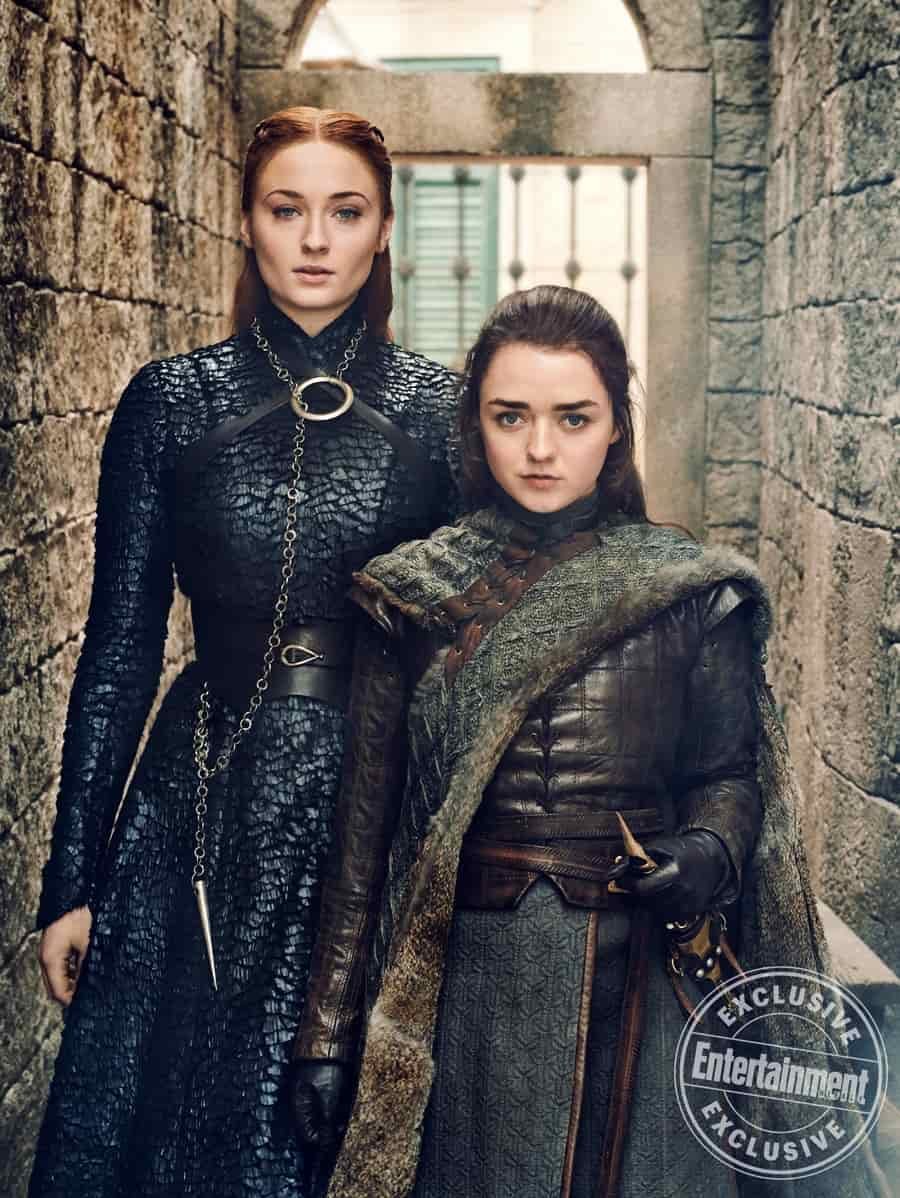 Teasing the end of the show, Maisie said:

“There’s a lot of death this year.”

Take from that what you will. Excited about Game of Thrones Season 8? Talk to us in the comments, down below!

George R. R. Martin explains why The Winds of Winter is not ready yet