Jorah Mormont sacrificed his life while protecting Daenerys and it was one of the saddest moments of Game of Thrones Season 8 episode 3 ‘The Long Night’. But actor Iain Glen has an even more emotional connection to that scene. When he was away in Belfast shooting for that particular scene, his wife Charlotte Emmerson suffered a brain haemorrhage and had to be hospitalised.  Glen talks about that harrowing experience in a recent interview with HBO’s blog Making Game of Thrones.

This is a particularly sad and strange coincidence as well because that particular scene also included Emilia Clarke. Glen’s character Jorah has been in love with Clarke’s character Daenerys from the very beginning, and he practically gave his life for her. Clarke herself suffered multiple brain haemorrhages during the early seasons of Game of Thrones, which she has revealed only recently. Naturally, this scene had a special significance on multiple levels for Glen. Glen revealed that he had been in great anticipation for that scene, which was clearly one of the most important scenes for his character. But it got delayed because of bad weather and an issue with the fire elements in that scene.

Glen describes how he got to know about Charlotte during a rehearsal of that scene:

“My wife was in dress rehearsal for a play that night, and I rang her to say, “break a leg” and there was no reply so I left a message. And then I was called to set to rehearse the scene, and when I went back, I got a message from her saying she was in the hospital —  she had suffered a brain haemorrhage.”

Glen also speaks about the support he received at that moment from the cast and crew. In his words,

“I was completely on the floor at the time, a total mess … [Emilia], Miguel [Saponchik, director of the episode] and [executive producer] Bernie Caulfield told me to go, get on a flight.”

Thankfully, Charlotte recovered completely and was told there was absolutely no risk of a relapse by the doctors. Two weeks later, Glen returned to Belfast, this time with his wife, and found that now the conditions were perfect for shooting. Everything proceeded smoothly from there, and Glen also now had a deeper emotional connection to that scene, which was reflected on screen. Glen says,

What did you think of Jorah Mormont’s final scene? Tell us in the comments. Life throws many challenges at us. Sometimes they can be too much to bear at one time but it is those challenges that make us who we become later in life. Natalie Dormer a.k.a. Margaery Tyrell of Game of Thrones too has had a life full of challenges and she recently talked about in an interview. Read on to find out more!

Buoyed by her recently released Penny Dreadful: City of Angels where she plays a demon, Dormer recently spoke to The Mirror. She reflected on her journey all the way from her school life where she was bullied to becoming a confident actress. She also spoke about why she craves for strong roles and their impact on her.

“I’m fascinated by powerful women who transform their strength into sensuality. I’m very shy in real life and I think there’s a side of me that hopes that by taking on these roles, I can become a great seductress. But I also want to be part of stories that show how women can lead interesting, engaging lives apart from their romantic relationships.” She made it a point to not back down ever since she was bullied in the school. She said:

“I suffered a lot of bullying in school and, ever since, I’ve made it a point not to back down and to rise up to every situation and become a stronger person. That’s a key aspect of my personality and how I try to live. I needed to work on my confidence level in my 20s until I became more forceful.”

She also made a parallel between the world of 1930’s Los Angeles shown in her latest series to the current world.

“There’s been an incredible political polarization that has been going on in recent years – the demonization of the other, the resurgence of nationalism, pointing the finger at others, and this nasty brand of identity politics. There are very uncomfortable parallels between the state of things today and the kind of things happening in the mid-to-late 1930s and the lead-up to the Second World War.”

She also revealed that she almost made it to the Cambridge university but enrolled herself into a drama school instead. She was also pretty close to her grandfather who in some ways defined her future by supporting her creative juices.

From being bullied to being part of an epic saga like Game of Thrones and Hunger Games, Dormer has truly come a long way. We truly admire her for that.

How about you? Talk to us in the comments section below! They say it’s for the best if certain things don’t work out. But if you ask us, Game of Thrones prequel not happening was just too sad. The prequel, unofficially called The Long Night was going to showcase the history of Westeros dating back 1000 years before the events of Game of Thrones, and it was going to be such a fascinating watch but when the cancellation was announced, let’s be honest — it sucked. Turns out we are not the only one thinking of it. Josh Whitehouse, one of the stars of the doomed prequel has recently talked about the show and what it meant for him. Read on!

While we know that the likes of Naomi Watts had already shot the pilot for the show, we still don’t know the exact reason why the show didn’t take off. Whitehouse was also going to be a part of the show and while he wasn’t going to feature until the second episode, he was still very excited about it. He caught up with TooFab and said that he had not shot for the pilot but was very proud to have got the auditions right.

“It was mind-blowing, just such an honor to even be considered for something like that. I got the audition, I got the job and then I spent a year and a half waiting for it to actually happen, pre-prod stuff.”

After waiting for so long he was obviously disappointed but he still looked at the bright side.

“Then it ended up getting canceled and I was like, ‘Oh, alright,’” he continued, “I was just honored to be involved, even to be able to say that is a huge thing for my career, it was such a big show.”

He also thought that because the show got canceled he didn’t have to deal with the pressure of being part of the Game of Thrones world. He said:

“In a sense, like, Game of Thrones was such a huge thing already, it’s kind of nice to not have that pressure, the potential to not live up to expectations and bring something new to the world,” he added. “But either way I would have been happy.”

Well, maybe things do happen for the best. While we would have really liked to see the Bloodmoon world, we have other prequels to look forward to!

What about you? Talk to us in the comments below! 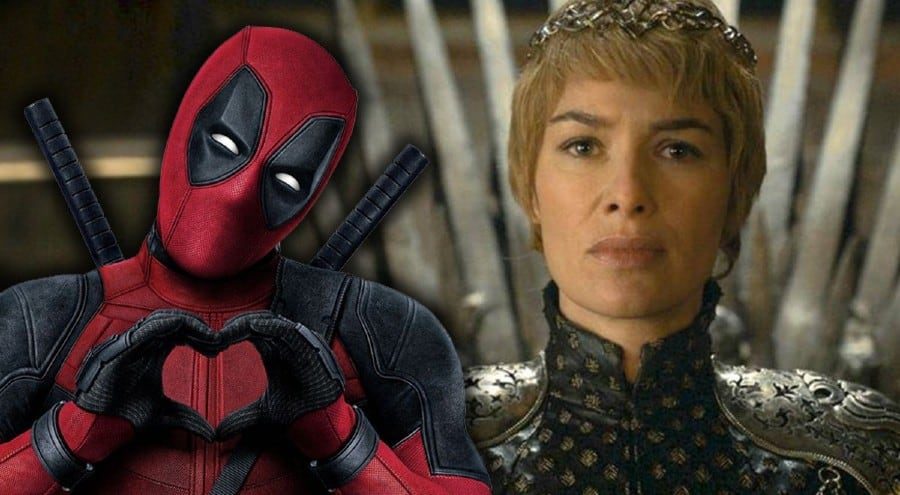