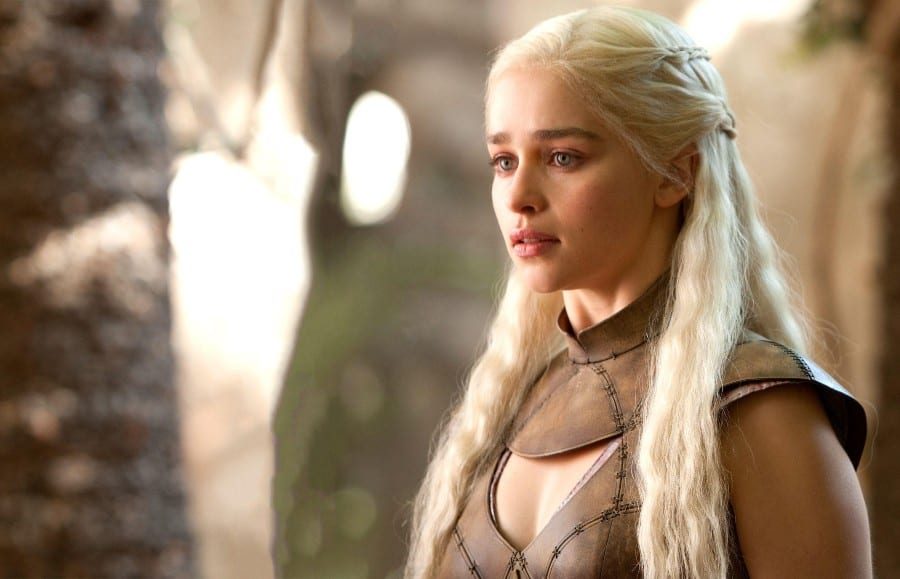 Dany or as she likes to remind everyone who is at the receiving end of her wrath, Daenerys Stormborn of the House Targaryen, First of Her Name, the Unburnt, Queen of the Andals and the First Men, Khaleesi of the Great Grass Sea, Breaker of Chains, and Mother of Dragons, wandered for “three hours, aimlessly” around London after reading the final Game of Thrones scripts. While talking to Press Association in a recent interview, Emilia Clarke said, “It might as well have been raining and I would’ve just walked in it not knowing what to do.”

The last days of her shooting as Daenerys were filled with sadness and “loads of tears”, and “equal amounts of fear” similar to her filming the first-day scene. Clarke couldn’t bring herself out of her dejectedness even with the help of wine, “That was the moment I realized that alcohol can also be a depressant,” she said. “I was kind of nursing a glass of wine going, ‘I don’t know why I’m not getting any happier from this.’”

When Clarke received the final scripts of Game Of Thrones, she was having tea with a friend and immediately left for home to read. While talking about her immediate reaction to the scripts for season 8, in a recent cover story for EW, Clarke said she read the scripts in one late night sitting, “I turned to my best mate and was like, ‘Oh my God! I gotta go! I gotta go!’ And I completely flipped out. Genuinely the effect it had on me was profound. That sounds insanely pretentious, but I’m an actor, so I’m allowed one pretentious adjective per season.”

Clarke says she will miss Dany’s “clear-sighted straight-backed calmness” as she gets “energy from her.”

The first 6 seasons were awesome. Last 2 we rushed so badly it was like drinking a bottle of wine the same day it was bottled. About the only 2 good things to say about those last 2 seasons was the wardrobe and the actor/actresses that did their best with an excrement sandwich. Need an example, 6 episodes for last season. Looks like those playing the parts were shorted 4 paychecks.