Game of Thrones is based on a massive world of fantasy from A Song of Ice and Fire by George R. R. Martin. The books are meticulously thought out, and thus have an astonishing level of detail to it. While adapting such a work for television or film, many a things have to be kept in mind, and accents are one of the seemingly unimportant, but in reality, very important, things.

The show has characters hailing from different parts of the fantastic world, and thus they speak differently, according to where they come from.John Fleming, a speech and dialect coach from Toronto, who trains actors in the same, has talked about the accents of Westeros, in a report by Metro News, Canada.

A map of Westeros has been made to help you understand the accents in the series. Check it out below : 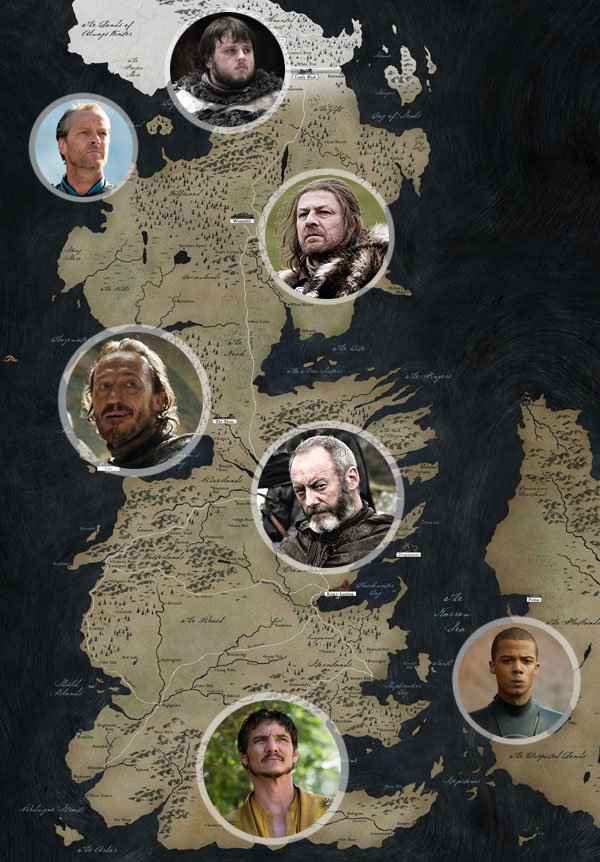 The map of Westeros resembles that of England, and the accents are pretty much related the same way. Fleming explains:

“They’ve separated the seven kingdoms, to a degree, by dialect. So all the people from Winterfell speak with a northern accent; something a little bit closer to Manchester or up in that belt between Manchester and Scotland.”

Accents of a few actors have also been discussed. Talking about one of our personal favorites, Ser Davos, he says:

“Liam Cunningham has a very thick Irish accent. He is one of the only people on the show who puts on a Geordie accent, which is from Newcastle … right up in the northeast, near the Scottish border.”

You can check out the full dissection by John Fleming, here. The report does provide a nice insight into the accents used in the show, and goes to show that even the most intricate details on Game of Thrones, which one would assume to have no pattern, are actually carefully planned.

What do you think about this game of accents? Talk to us in the comments, below!

Game of Thrones: Sophie Turner on how Jon and Sansa's relationship will develop