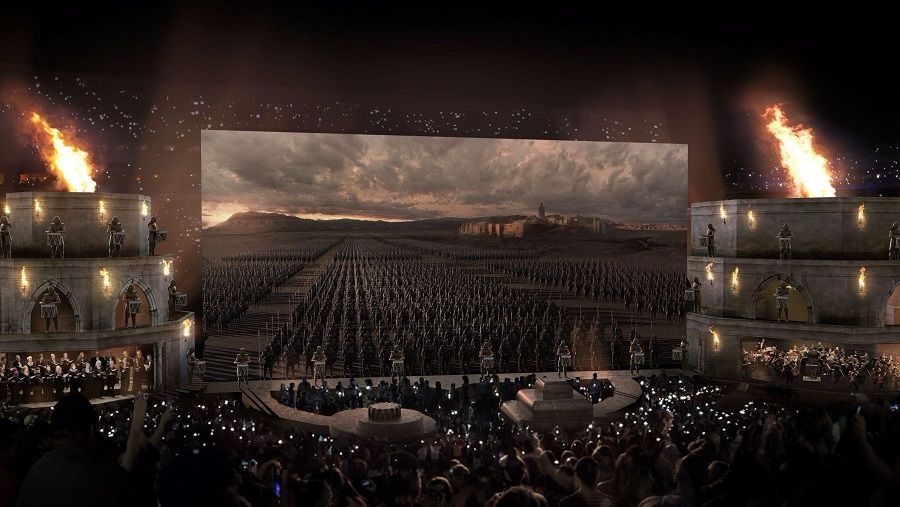 March 1st, 2:03am March 5th, 2:04am Palash Volvoikar21. Goan. Full-time Geek. Failing in college while you fail in life. Staff writer at Wiki of Thrones.

Game of Thrones is a huge franchise, and as such, it has expanded itself to cover a lot of ideas, one of the best and latest ones we have seen being executed is the Game of Thrones Live Concert Experience. We have always loved the music in the show, and the credit goes to the music composer, Ramin Djawadi. With the concert being the talk of the fandom, the music has been made available in a new album, The Game of Thrones Symphony.

Now, Silva Screen Records has uploaded a video of a song from the album, being recorded played live by the 85-piece City of Prague Philharmonic Orchestra and Choir. The song is “Light of the Seven,” which you might remember from the Season 6 finale, when it played while Cersei Lannister destroyed the Sept of Baelor with her Wildfire gig. Watch the video, below :

The album features a total of 21 tracks from six seasons of Game of Thrones. The full list of tracks is as below :

In addition to this track, the orchestra recording of another song, “Winter has Come”, has been posted by Classic FM, in an exclusive feature. You can watch it, here.

The Game of Thrones Symphony album is available for purchase on iTunes, Deezer, Apple Music, Spotify, and Amazon. The links to purchase the album can be found here. The album costs $9.49, which seems like a justified price tag, to us.

Will you be grabbing a copy of The Game of Thrones Symphony? Tell us in the comments, below!

There's another Game of Thrones star in Justice League, and we bet you didn't recognize him!