It’s no surprise that Lena Headey is a strong proponent of gender quality and women empowerment. And it was in the same note that she revealed in an interview how much love and admiration she has for the character of Cersei Lannister because she can easily overcome the weaker men in the TV series ‘Game of Thrones.’

Lena says that playing the character of Cersei has shown her how the other characters work better, and how she exploits the weaknesses in them. She also has greater admiration for how the character is a survivor and keeps holding on no matter what happens to her.

“We’ve seen [these characters] over such a long period of time, and with the subtleties of men’s weaknesses being exposed throughout, these women have risen over the course of this series,” she said. “But you just have to admire a survivor like that. She absolutely refuses to let go.”

The actress also reveals how she likes to keep including comedy in her scenes despite the role of her character, and also how the other actors around her keep making goofy comedy out of the reels of HBO’s production team. She claims that they would have enough for around two seasons worth of a comedy parody of the Game of Thrones. The only thing left is to see whether they ever decide to release it.

“I’m also a total t*** as well,” she said, adding: “We f*** around more than anyone will ever know. I’m always saying, ‘Can we not do one comedy take?’ And David and Dan are just like, ‘No, we don’t have the time!’ If we did a comedy version of Thrones we’d have enough for two series. We’re such a bunch of eejits, it’s the funniest thing.”

The actress also goes on to reveal how she enters a zone within her head before getting into the character of Cersei and begins blocking everything out, all to make her character even more convincing for her audience. Apparently, the cropped hair wig of hers is quite the inspiration for her as it always makes her feel quite angry whenever she enters her character.

In the end, Lena Headey is a person who is different from her character in the series, Cersei Lannister no matter how much adoration and admiration she might have for her. And Cersei is who everyone will be watching in the new season which is about to air this April 14.


Related Topics:
Up Next

The White Walkers were initially supposed to speak

Happy faces, favourite faces, White Walker faces, no faces, but most of all battle faces; that’s how the cast of Game of Thrones shared some behind the scene moments after Season 8 episode 3 aired.

“YOURE SIMPLY THE BEST, BETTER THAN ALL THE REST, BETTER THAN ANYONE, ANYONE IVE EVER MET……😭” #serjorahforlyfe #thronesthrowsapunchandahalf @hbo @gameofthrones #heartbreakhotel #bestthingiveverseenonscreenEVER

3. Indeed Sophie! He was a good man

5. The Night King with his human eyes

This’s the man behind every action sequences and stunts scenes in GOT 5,6,7,8 stuntcoordinator Rowley Irlam It is easy work when you work with the best . @rowleyirlam #rowleyirlam #gameofthrones #gameofthrones_hbo #hbo #gotstuffx #vladimir_furdik_

A post shared by Vladimír Furdík (@vladimirfurdikofficial) on May 1, 2019 at 5:50am PDT

6. A scene from another universe

Here’s a still taken from the alternate episode 3 ending in which the Night King becomes Bran’s carer and they both live happily ever after.

Loyalty. That’s my boy. #forthethrone The Battle For Winterfell is tonight on @hbo at 9pm and @skyatlanticuk at 2am

Inspired by @khivju – The Battle For Winterfell airs tonight on @hbo at 9pm and on @skyatlanticuk at 2am – it’s like nothing you’ve ever seen before. #gameofthrones #battleforwinterfell

10. Nikolaj Coster-Waldau (Jamie Lannister) also shared what was coming next

GiantKILLER and Mr. GiantBABE!What a blast to work with @bellaramsey A super talented, hard working and fearless actor (and warrior!) #gameofthrones #battleofwinterfell

13. Euron Greyjoy wasn’t in the episode but that didn’t stop him from sharing his reaction

This is NOT a spoiler!!! But seriously…this is how you will feel after tonight’s episode(unless you live outside America, then tomorrow🤷🏼‍♂️)…. Enjoy!!! #gameofthrones #overlord

I had a song in my head during the filming of episode three… Every Giant Will Fall by @rendcollective 👊🏻 it basically sums it all up. I’m overwhelmed by the response, thank you so so much 🙏🏻 “I will not hide underground. I pledged to fight for the North, and I will fight” RIP Lyanna 👊🏻 #gameofthrones #everygiantwillfall #lyannamormont

16. Back to the other universe

#farewell 📸 by @pilouasbaek Its been so touching to read how Theon has affected fans of GoT. To be given the opportunity to challenge and question people’s emotions through a characters journey that was given to me by D&D and George R Martin… is something I am extremely thankful for. What an honour it has been. Thank you x 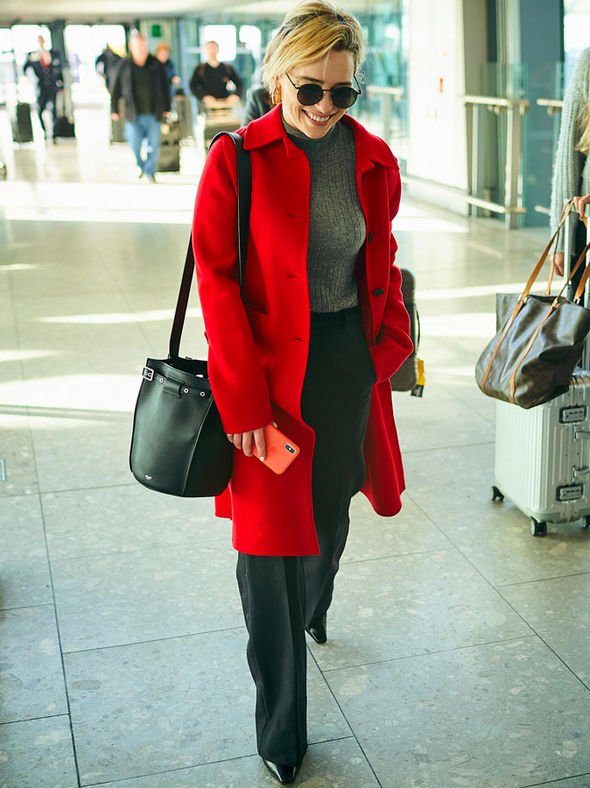 George R.R. Martin says Game of Thrones could have ended with films, hints books will have a different ending

When you anticipate and wait for something for a long time, it changes, just like you do. It has almost...

Visiting familiar old places makes you relive all those bittersweet memories. It can sometimes heal some of the bad ones...

The Game of Faces was a powerful thing in Game of Thrones. We know Arya Stark played it brilliantly in...

Game of Throne’s success has paved the way for its entire cast and crew. While some have joined new shows...

Despite atrocities others inflicted upon him and he upon others, Theon Greyjoy made sure he stuck around till the end...

After A Song of Ice and Fire (ASOIAF), the hottest property out there right now is Fire & Blood as...

If you had thought that post its finish the popularity of Game of Thrones would have waned think again! As...

You have Successfully Subscribed!